When I moved to New Brunswick, I was aware of the Maritimes Butterfly Atlas, a project of the Atlantic Canada Conservation Data Centre, but I was disappointed to find out that 2014 was the last season for participation. I don’t really need an official purpose to go out an look for butterflies, but it’s nice to know that your data is useful. So, much to my delight, it was announced just over a month ago that the data collection period for the atlas was being extended to cover 2015 as well. The extension was made to match the end date of the Maine Butterlfly Survey, so that the results could be published jointly. For those already keeping track of the butterflies they see, participating in the atlas is as simple as submitting your records (with a photo) to eButterfly. So, if anyone reading this blog happens to be from New Brunswick, Nova Scotia, Prince Edward Island, or Maine for that matter, next time you see a butterfly this summer, think about snapping a picture and contributing to this great citizen science project.

Here are just a few of the butterflies I’ve seen this summer that are now submitted to atlas: 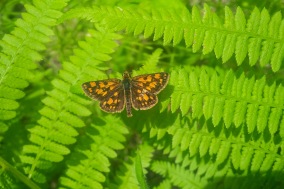 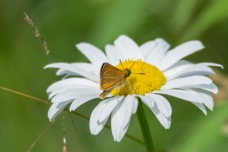 European Skipper – Fredericton, NB
Advertisement
Follow A Walk through the Woods on WordPress.com

All images and written content posted to A Walk through the Woods are subject to copyright and may not be used for any purpose without my explicit permission.
Loading Comments...